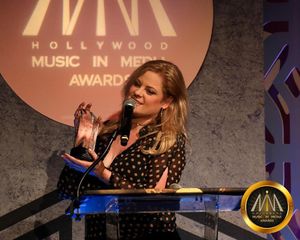 It's the eve "eve" before Thanksgiving, and man oh man - I sure am looking forward to a break, aren't you?

I love Thanksgiving. It provides a welcomed opportunity to reflect on blessings that are all-too-easy to take for granted in the hustle of the daily grind!

A few nights ago, "Jingle Jangle" was awarded "Best in Holiday" by the Hollywood Music in Media Awards. I was FLOORED!

As an independent artist, it often feels like you labor endlessly, in pipe dream hopes that "one of these years" you'll see the fruits of your labor. And you do so - knowing that there are NO GUARANTEES!

We're all artists of our own lives. Creating, laboring... investing our time, love, and resources as best we can -- in hopes of reaching a pinnacle of success, that will guarantee our worth. It's crazy making!

As I reflect on the recent success of 'Tis The Season & "Jingle Jangle" in Disney's "Noelle," and this beautiful HMMA Award - as grateful as I am for "bonified, good-on-paper" success, - I know for SURE that the deepest joy of all - was in the CREATING of those songs.

I guess what I'm realizing is, the only guarantee that any of us have, is thisday's opportunity to create something meaningful. We can step up, or we can check out. If you're anything like me, you do both - depending on how much sleep you've had, or what time of the month it is!

Today, I tip my hat to you, and for all the various ways that you step up for your journey. I know there terrain can be grueling. I also know the terrain can be very sweet. Even more so, when you've earned your badge of honor. 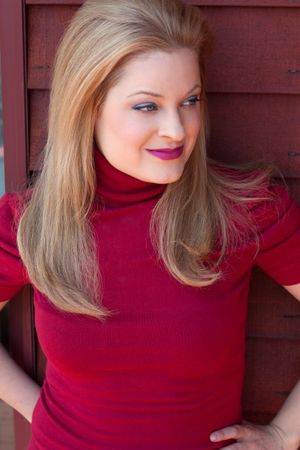 Before I was born, my parents bought a turn of the century victorian house that they spent my entire childhood refurbishing (when their budget allowed), and repairing.

Dad would curse while mending fragile bannisters broken by my sister and I while “sledding” down the stairs. Other times, he’d be in good spirits - painting the exterior of the house with Miles Davis on the stereo, and my two uncles on deck with clothes spattered in paint, and faces shiny with sweat. Much of the time, you could hear Dad muttering “Oh Shit!” upon discovery of one more “damn broken pipe.” Another leak in the “shit ceiling.” An unexpected demand letter from city requiring that a hazardous “non-operational piece of crap fireplace”  be brought up to code.

Mom always seemed to be in the kitchen making egg salad  sandwiches, with piles of warm, unfolded laundry mounting on couches and tabletops. Our dog Max loved to pee on the piles (and on the drapes) — which eventually landed him in another home (grieving my little heart to this day).

There’s a movie from the 80’s called “The Money Pit,” starring Tom Hanks and Shelly Long. “The Money Pit” is an old creaky house like the one I grew up in. By the end of the movie, the charming, but all-too-labor-intensive house all but destroys the young couple.

Eventually, my parents  cut their losses, and sold the house on Chester Street. They traded in her historic, 1911 charms for a brand new, fully functioning- albeit much smaller home.

Last year, the Chester house went on the market, and I seized the opportunity to reminisce in her old rooms during an open house weekend. From the forest green carpet (installed by my father in 1986) to dreadful water stained ceilings (made far worse for the wear through the years), it was clear that the people who bought the house from my parents hadn’t been able to afford the debilitating upkeep of my treasured childhood house.

The fire department swarmed through the house -deeming it a fire hazard - while folks from HGTV proclaimed her a gold mine. The following week, that creaky, squeaky, leaky old house (that my parents once sold for 75K),  was swiped for a whopping 1.3 million dollars. She has since been refurbished, and restored to her rightful glory.

I sobbed while walking those rooms. It was an experience so cathartic, that it became a song.

This is “Snowfall,” born of the most vivid memories of my childhood on Chester street. I hope you love it! ❄️

You feel a deep kind chill in the air

Still not much has changed

I rode my bike through every single street

'Til I was old enough to drive away

Now it sure feels good

To feel the chill creepin’ in

Just as you’re barely sneakin' in

There’s a storm comin' in

Fill up your cup

Here in these rooms

Waiting for the spring to come

But now it just feels good

To feel the chill creepin’ in

Just as you’re barely sneakin ‘in

It's funny how you never know

The things you'll miss the most

While you're chasing a bigger life

Now I just wanna feel the chill creepin’ in

Just as you’re barely sneakin ‘in

The old tree house in the yard

Swinging' out on the porch

And who woulda thought

That I'd miss these simple things

Like how good it feels just to take a walk

In the park - all bundled up

Or swingin' out on the porch

And who woulda thought

I could be happy just being 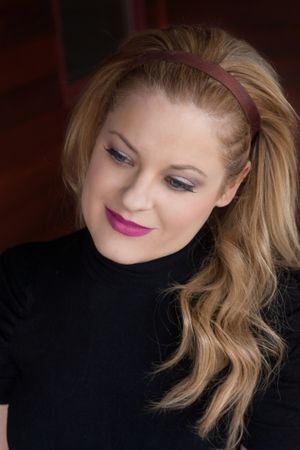 The fire is roaring, the wine is flowing, the house smells delicious - and the romantic anticipation of the holiday season is officially requited for the first time this year. It's Thanksgiving day! A time for nurturing what needs tending to, and for counting our blessings.

So MUCH happens in a year. We plant seeds. We till the soil. We wait. We harvest. We prune. Some of our harvest may have been lost -- perhaps seeds were planted too close together (i.e.., our lives became too over-scheduled - and choked out the harvest), or unexpected storms brought destruction. BUT. Something always flourishes, and there is always something to be grateful for.

Wherever you are, and whomever you're with, I hope you're feeling abundant! If this year was full of challenges, I hope that today finds you in restful reprieve. If you're struggling to find one, I hope this song "Welcome Home" feels like a warm wooly blanket on this cold winter night.

What do you need this weary night?

A warm, safe place could ease your mind

Or something lovely prepared

A setting made with special care

It's clear that you have travelled far

In these old familiar rooms

Rest your cares and talk to me

No need to ask from now on

Come In From The Cold

COME IN FROM THE COLD 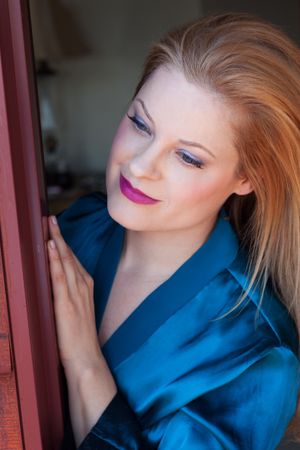 Have you ever had a stretch in life where you knew - deep in your bones, that life as you knew it, needed to change?

Have you ever felt disillusioned because everything you’d tried so hard to keep together - been so vigilant, prayerful, invested in, and committed to - was undeniably dismantled beyond repair?

If the answer is yes, then you know the inevitable stage of denial. Wishing you could turn back the clock, and retrieve the effortless hope you once felt. But the sobering truth hovers… and hovers… until you’re left with no choice but to accept that there is no place to “go back” to.

Time marches on. But even as winter (or “the black dog”) has taken over - disguised in it’s messy labyrinth - are seeds of new life. Your soul knows that the most powerful thing you can do, is to allow nature to take her course - and heed her call to surrender.

Winter beckons us inside - much like a season of the black dog - or a dark night of the soul. We are called home to reconnect to our soul's deepest yearnings. To re-evaluate what is important to us, and what isn’t.

Sometimes the things we think we want, deserve and believe we MUST have in order to be happy - aren’t good for us. Perhaps it’s not even our business to know why.

I wrote “Come In From The Cold” with my dear friend, Jon Kubis in January of 2018.

Post December, I had the blues. Peeled away from a cozy Northern California Christmas spent with family - (where I'd spent much of my time playing Monopoly and raiding the fridge with my niece and nephew... taking long walks in the woods... visiting old familiar friends - everyone dressed in old sweatshirts, jeans and boots - no pretenses allowed) to being back in Los Angeles - or back in "the saddle," - made life feel long.

I love LA for so many reasons... the depth of creativity. The high achieving nature of the talented, driven, passionate people who thrive here. The opportunities. The weather. But if I'm not grounded, the side effects of Hollywood culture can make me crazy. The fickle-ness. The hype. The misguided pressure to be "on." The affects of free radicals from ego switches that are always "ON." The constant pressure cooker.

For me, my mother is the person I turn to during a season with “the black dog.” She's weathered my snot-cry phone calls, followed by half a bottle (alright… a full bottle) of wine, followed by pounds gained, followed by sleepless nights and endless days.

Unconditional love heals. Where there is unconditional love, there is mercy. There is a way through. Sometimes, the ONLY map to better days, is to allow yourself time and space to heal... And accept love’s invitation to come on home.

"Come In From The Cold" is the most emotionally raw song on my new album, "Celebrate" - an album of all-original seasonal songs. My hope is that these songs provide a deep space to acknowledge and honor the deepest yearnings of your soul, and what truly matters to you. I hope these songs feel like an invitation to come home.

Come In From The Cold (Official Lyric Video): https://youtu.be/Z-UMnORdKZA

Come In From The Cold

Why don’t you come in from the cold?

And nothing much to show

May be better not to know

Why don't you come on home?

I have travelled a million miles

I have battled a thousand trials

Every step I take

Every breath I take

I'll trade in for better days

Big news from the Christmas brigade (ie., my home, the studio -- my mind, heart and soul)!!

At last, "Celebrate" is released to the world!

Jon Kubis (my dear friend, co-writer and producer) and I are so proud of this album, and thrilled to feature friends #1 Billboard smooth jazz artist's Chris Standring on guitar, and Jessy J. on sax!!

I can't wait to share the new songs... they come from the deepest yearnings of my soul. I hope they move you, and create an elegant space for your holiday celebrations this year - and for many years to come. 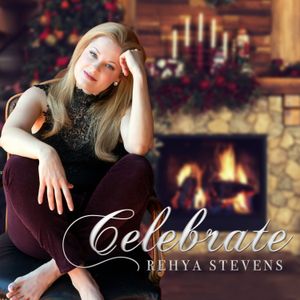